Olunga and Sassi’s Trio Puts Al-Duhail in The Finals 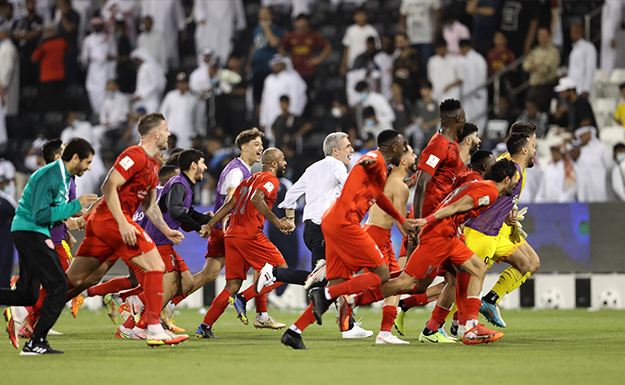 The team reached the final of the Emir Cup after defeating Al Sadd by three goals to two at Jassim bin Hamad Stadium at 7:45. With this, Al Duhail will face Al Gharafa next Friday evening in the final match at Khalifa International Stadium.

Ferjani Sassi scored in the 7th minute with a shot from inside the penalty area. The team’s first goal came after a clear control by Al Duhail, who managed to possess the maneuvering area and build attacks.

Al Sadd made a come back in the 33rd minute through striker Andre Ayew with a shot from outside the penalty area.

Al Duhail returned to the lead again, this time through Michael Olunga’s goal in the 44th minute with a header, taking advantage of the cross ball that he received from Edmilson.

The heat of the match continued in the second half, as Al Sadd was trying to return to the match, and Al Duhail, on its part, sought to widen the difference.

In the 80th minute, Al Duhail managed to score the third goal, which came from Ferjani Sassi after a corner kick that Al Sadd’s defense tried to push away, but it reached our player Sassi, who put it into the net.

In the 90th minute, Baghdad Bounedjah reduced the difference in favor of Al-Sadd after scoring the second goal with a header.

Occasion: The semi-finals of the Emir Cup.