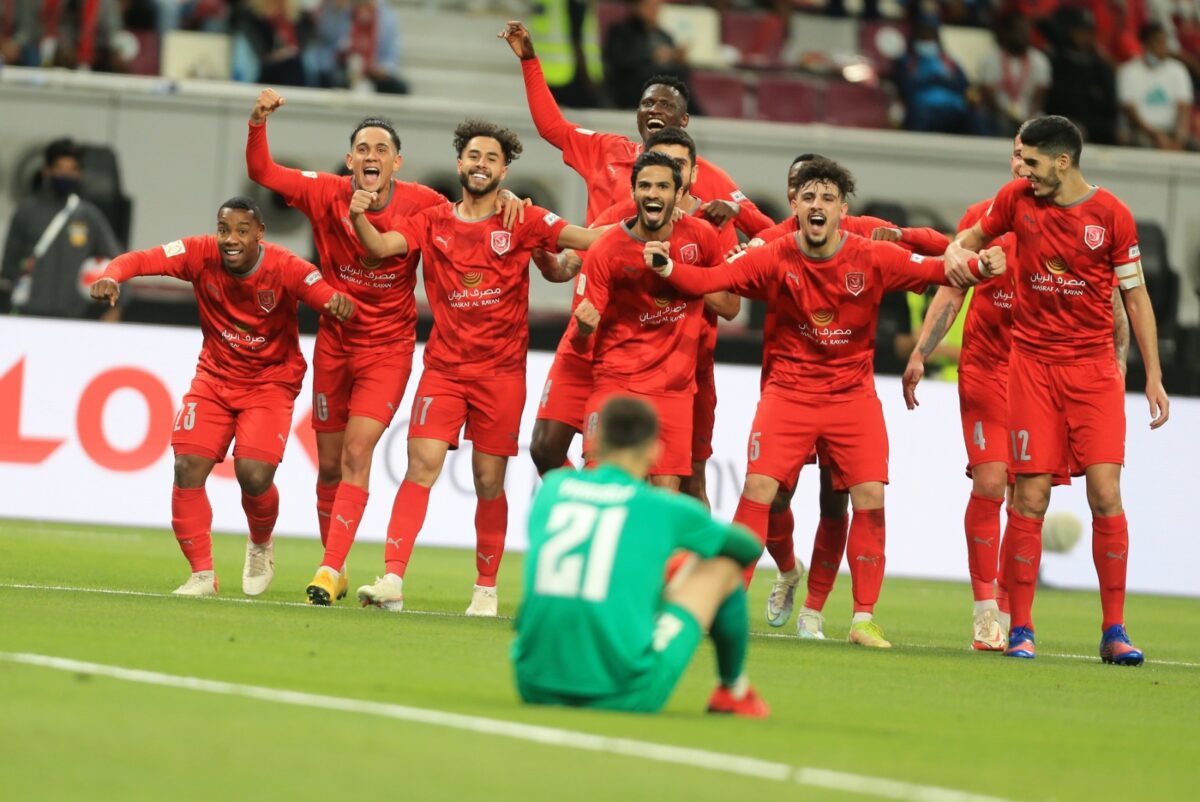 Al Duhail achieved its fourth title in the Emir’s Cup after beating Al Gharafa by five goals to one at Khalifa International Stadium this evening.

The first half of the match ended with Al Duhail advancing 2-0, the first came from Edmilson Da Silva in the 5th minute with a shot from inside the penalty area, followed by Michael Olonga with the second goal from a back play in the 18th minute.

In the second half, Al Duhail continued to control the match and scored the third goal, which came from Al Moez Ali in the 52nd minute. Al Gharafa narrowed the difference through Ahmed Alaa in the 53rd minute, but Ferjani Sassi brought back the difference again by scoring the fourth goal in the 58th minute. Abdel Rahman Mohamed scored the final goal in the 85th minute.

PrevPreviousAl-Ali: Our Players Earned The Title
NextSeven From Al Duhail Will Play In The National TeamNext