Al Duhail will not lose against the Uzbek clubs 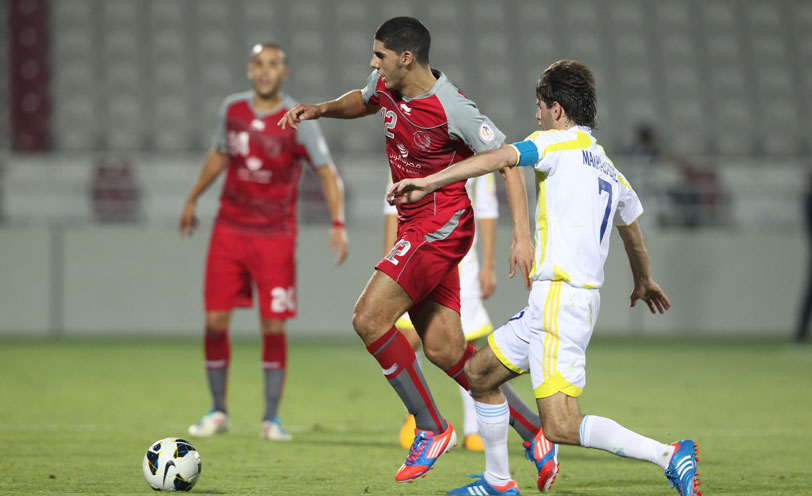 During its previous participation in the AFC Champions League, Al Duhail appeared alongside the Uzbek clubs 4 times in the group stage. The team did not meet with any club from Uzbekistan in the playoffs. Al Duhail faced during the past three Uzbek clubs: Pakhtakor, Bunyodkor (twice), and Lomokotif Tashkent.

Al Duhail’s first tie with Uzbekistan clubs was on April 9, 2013, when they tied with Pakhtakor with two goals for each team at Pakhtakor Central Stadium.
The number of matches between Al Duhail and Uzbek clubs is 8, Al Duhail won 6 of them, two matches ended in a draw and the team did not lose any match.

One match between the two teams ended in a goalless draw, and it was at Abdullah Bin Khalifa Stadium on May 4, 2016.
Al Duhail managed to defeat the Uzbek clubs three times on their land, as it defeated Bunyodkor twice, the first on March 17, 2015, with the goal of Nam Tae Hee, and the second on April 20, 2016, with goals by Karim Boudiaf and Mohamed Muntari, and the third victory was against Lomokotif on March 13, 2018, where Duhail scored two goals by the former striker Youssef Elaraby.

These confrontations witnessed 20 goals, 14 goals for Al Duhail, and 6 goals for the Uzbek clubs, where Pakhtakor team scored 3 goals, and Lomokotif team 3 goals, while Bunyodkor team did not score against our team.
Youssef El-Arabi is considered the top scorer in the nets of Uzbek clubs, where he scored 4 goals, followed by Youssef Msakni with 3 goals, then Sebastian Soria with 2 goals, and a goal for each of: Asiara Dia, Nam Tae Hee, Vladimir Weiss, Karim Boudiaf and Mohamed Muntari.

PrevPreviousToby: We are ready to stop the danger of the Uzbek
NextAl Duhail faces Pakhtakor and looks forward to being aheadNext