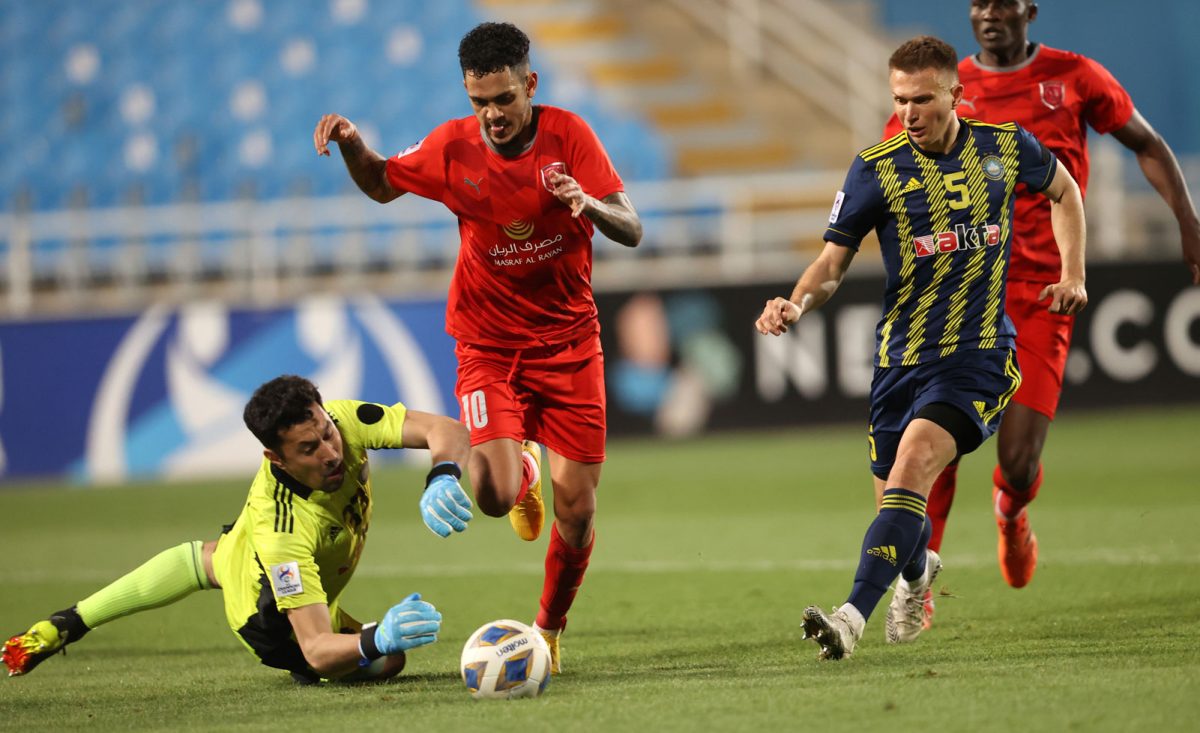 The team achieved its second victory in the group stage of the AFC Champions League for the fourth group, after beating the Uzbek Pakhtakor team by three goals to two. The match between the two teams took place at King Abdullah bin Abdulaziz Sports City Stadium in Buraidah, Saudi Arabia at 8:15 PM. With this result, the team reaches 6 points, temporarily at the top of the group, and awaits the Saudi Al-Taawoun match and the Iranian Sepahan.
The first half of the match ended with the Pakhtakor team advancing with a goal to nothing in the 44th minute through striker Oliver Sarek with a shot from inside the penalty area. This came despite the clear advancing of Al Duhail, which managed to possess the maneuvering area and had the most possession of the ball, but Pakhtakor succeeded in advancing through a single attack.

In the second half, Al-Duhail entered the stadium looking for a goal to return to the match and began launching attacks from the sides, taking advantage of Edmilson’s speed and skill from the left side and Al-Moez’s shots from the right.
In the 66th minute, Edmilson managed to equalize the score after receiving an amazing pass from Bassam Al-Rawi, who placed it inside the penalty area evading the goalkeeper and putting the ball into the net.
Pakhtakor managed to advance again in the 69th minute through its player Sardar with a shot from outside the penalty area.
However, Edmilson equalized the score in the 71st minute with a shot from outside the penalty area, so Al Duhail returned to the match.
In the 84th minute, Edmilson Da Silva managed to complete a hat-trick by scoring the third goal with a powerful shot from inside the penalty area after a long pass from Bassam Al-Rawi.

PrevPreviousAl Duhail faces Pakhtakor and looks forward to being ahead
NextCrespo: This victory is deservedNext