A triple goal in the Uzbek nets 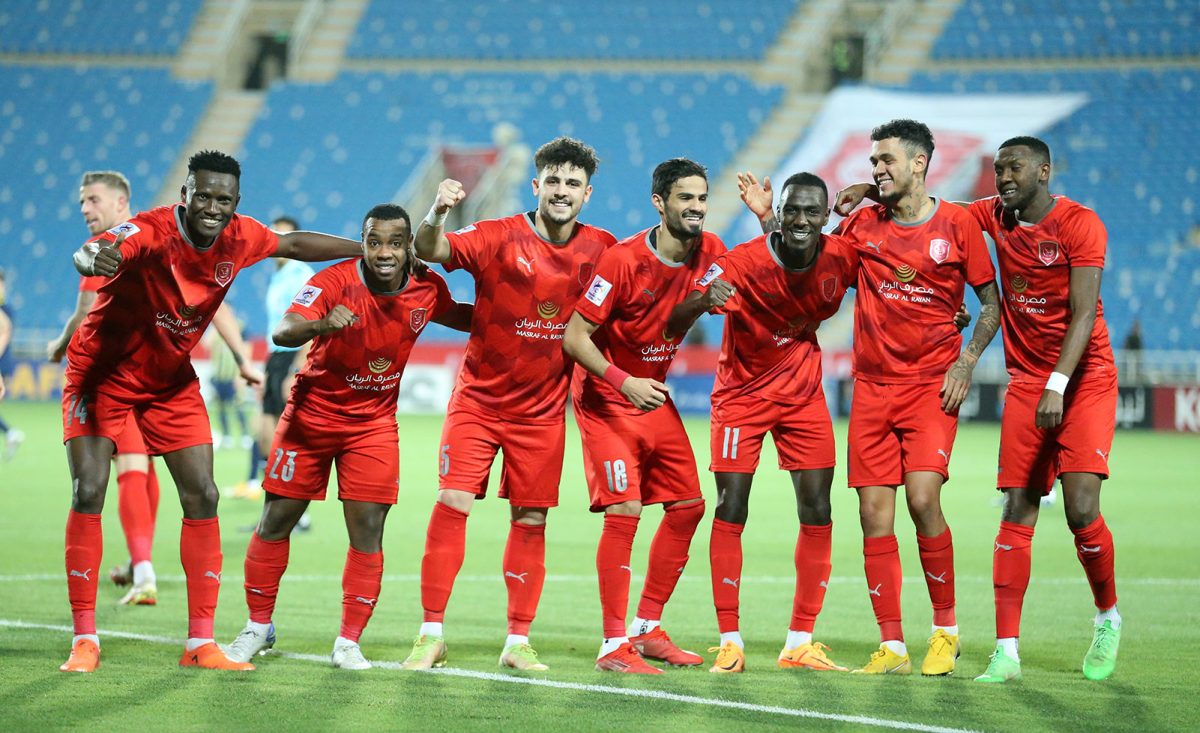 Al-Duhail climbed to the top of Group D in the AFC Champions League temporarily, after defeating Pakhtakor Uzbekistan by three goals to none at King Abdullah Bin Abdulaziz Sports City Stadium in Buraidah, Saudi Arabia, for the fourth round of the AFC Champions League. Bringing the team to 9 points, as they await the match between Saudi’s Al-Taawoun team and the Iranian Sepahan team, which will be played later today.

The match started with a clear control by Al Duhail, which took advantage of the Pakhtakor players retreating. Duhail took control of the maneuvering area through the movements of Assem Madbou and Karim Boudiaf.
In the 32nd minute, Bassam Al-Rawi managed to score, taking advantage of Edmilson’s corner kick in the middle of the Pakhtakor penalty area, and Bassam headed it into the net.

In the first minute of the extra time, Michael Olunga managed to score the second goal after an individual effort from a shot that he received in the middle of the field. He then bypassed the Pakhtakor defenders to reach the goal and put the ball in the net, marking the end the first half of the match.
With the start of the second half, Al-Moez managed to score his first goal with the team by scoring the match’s third goal after receiving a cross from his colleague Edmilson.

Coach Crespo made a number of changes in his squad to rest his players, where he substituted El Moez Ali, Karim Boudiaf, Edmilson da Silva and Michael Olonga for players Ismail Mohamed, Louise Martin, Ali Afif and Abdel Rahman Mohamed.

Al Duhail continued pressing the other team to score the fourth goal, but the Uzbek team’s defense managed to deal with it and avert the danger. Al Duhail continued to dominate the match until the referee blew his whistle, announcing the end of the match, with Al Duhail winning 3-0 over Pakhtakor Uzbekistan.

PrevPreviousCrespo: I’m happy with the performance and the victory
Next39 AFC victories for Al Duhail and Youssef Al Arabi is the top scorerNext