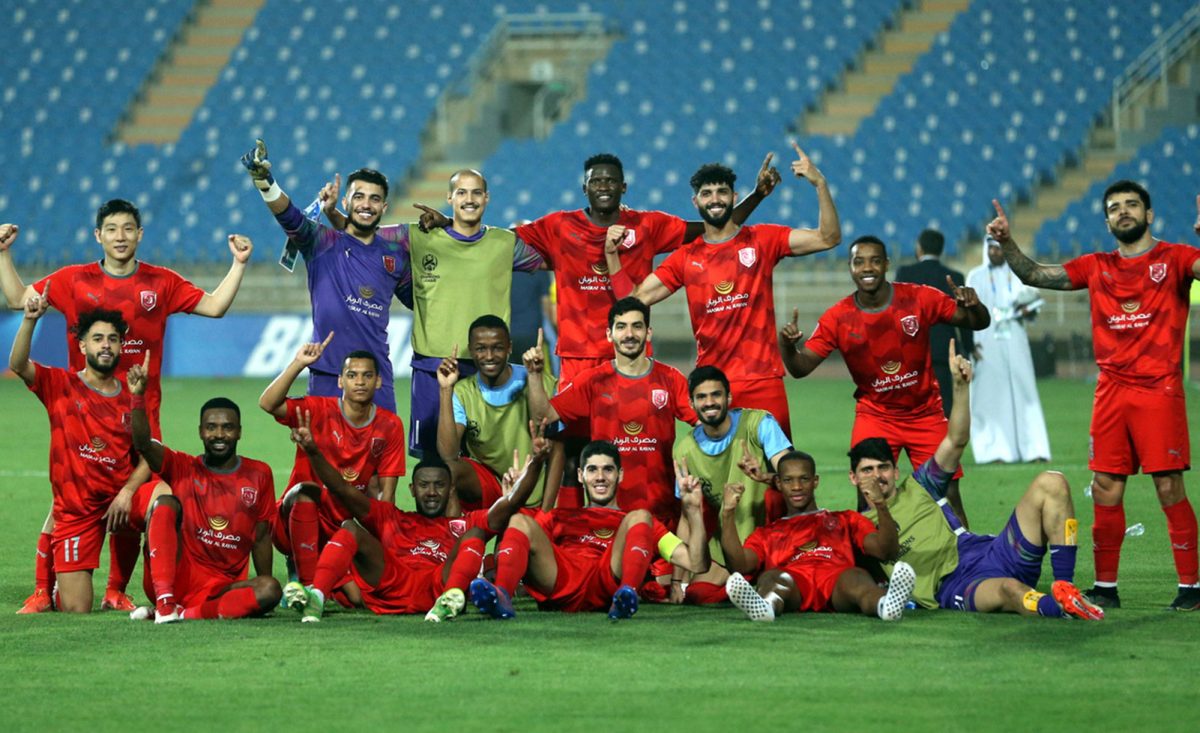 The team concluded its matches in the group stage of the AFC Champions League this evening by winning for the fifth time. The team beat the Iranian team Sepahan with five goals to two at King Abdullah Sports City Stadium in Buraidah at 8:15 PM. With this result the team concludes its matches in the group stage by leading group D with 15 points, after winning five matches and losing one match.

The match started with a clear control by Al Duhail team, which was short on some essential players due to fatigue and warnings. However, the team proved itself on the field and Michael Olunga scored in the tenth minute after a clear individual effort by Nam Tae Hee, who received the ball then played it into Sepahan’s penalty area and sent a cross which Olunga shot into the net.

In the 20th minute, Sepahan player Mohamed Nejad managed to score the equalizer for his team by a header, taking advantage of the corner kick that was done inside the team’s penalty area.

Michael Olunga scored again in the 35th minute after receiving a through pass from Assem Madbo that put him in the face of the Iranian team’s goalkeeper. Olunga played the ball calmly, scoring his second goal for the team.

In the 41st minute, Edmilson da Silva added his touch the match and scored the third goal with a strong shot from outside the penalty area that went into the top right corner.

Al Duhail continued attacking in the second half of the match, taking advantage of Edmilson’s moves on the left flank, Al Duhail scored the fourth goal in the 50th minute through Ferjani Sassi, who received a cross ball inside the Iranian team’s penalty area and scored it.

After the fourth goal, the team controlled the field and pressured Sepahan. Duhail’s attackers missed more than one chance to score, by Edmilson and Olunga

The Iranian team scored again in the 82nd minute its second goal and reduced the difference through a direct free kick by Amir Muhammad.

In the 90th minute, Edmilson continued his brilliance and scored the team’s fifth goal from a counter-attack, after he bypassed more than one player and aimed for the goal, scoring his second goal which was the fifth goal for the team ending the match.

Match: A match in the sixth round of the group stage of the Asian Champions League.

PrevPreviousEdmison: We showed the real Al Duhail
NextCrespo: I am happy with the performance and the winsNext