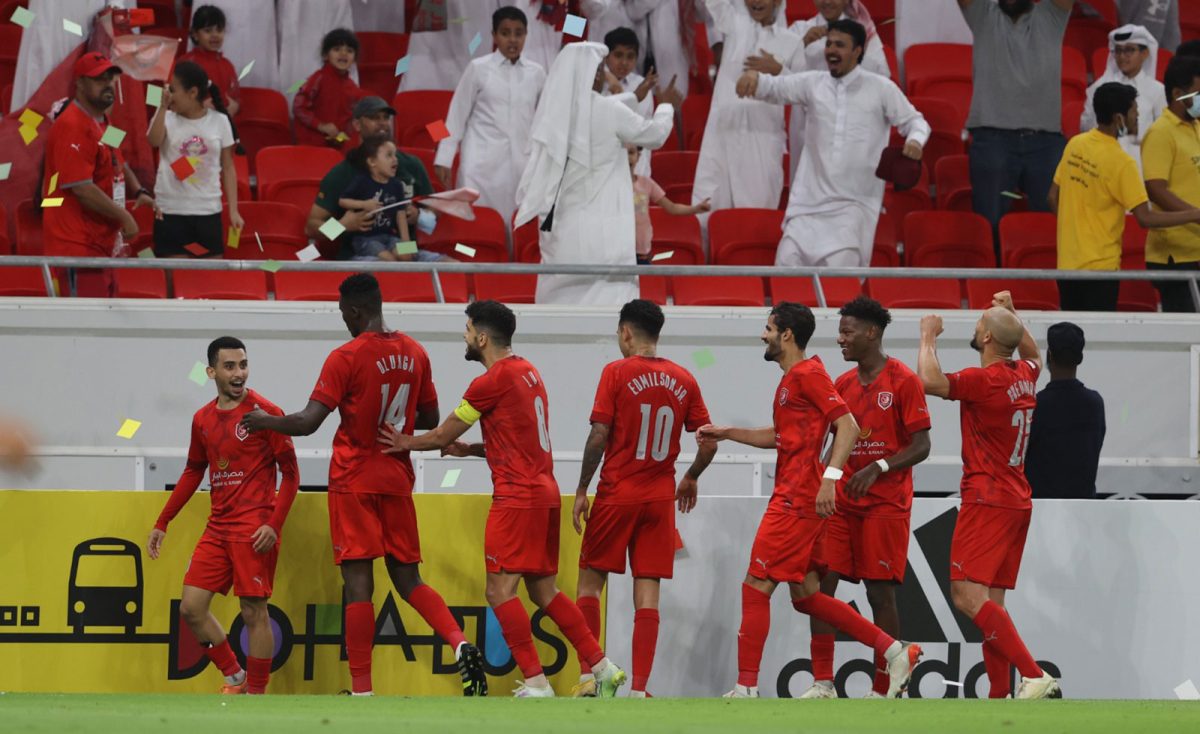 Our first team of football achieved today a very valuable win over Al Rayyan by two goals to one in the third-round match of the QNB Stars League played in Ahmed bin Ali Stadium at 07:35 pm to reach 4 points.

The first half ended with Al Rayyan in the lead with one goal scored in the 8th minute by Al Rayyan striker Johan Boly.

Al Duhail entered the second half looking for the equalizer with strong offense on Al Rayyan goal area, which led to scoring Al Duhail’s first goal by Youssef Ayman in the 47th minute when the ball ricocheted from the goalkeeper to Youssef to put it in the net.

In the 87th minute Al Duhail player Khaled Mohamed took advantage of the mistake by Al Rayyan player to possess the ball and dribble inside the the penalty area sending a rocket shot to the far right corner of the goal scoring the winning goal.

The 89th minutes witnessed a penalty kick awarded to Al Rayyan after the ball touched the hand of Dhiyab Haroon who received red card and expelled from the field of play. But the luck was the ally of Al Duhail as Johan Boly missed the penalty to end the match 2-1 in favor of Al Duhail.