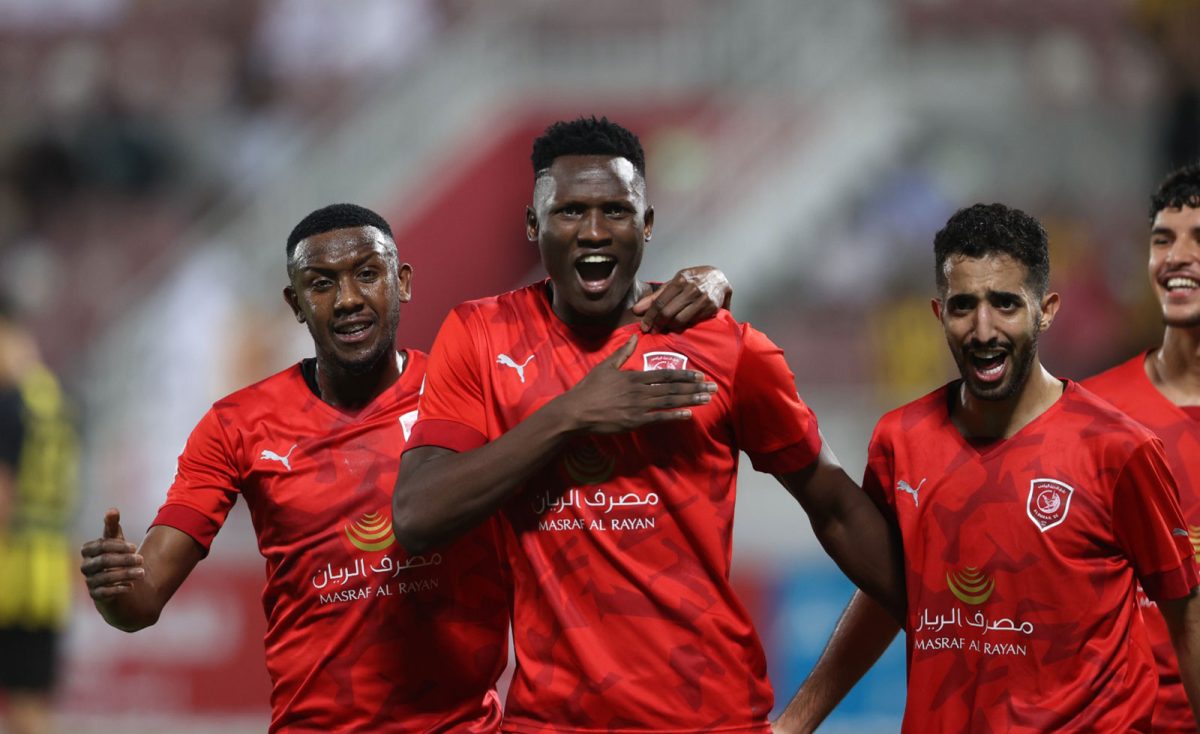 Our first team of football succeeded in achieving their fourth win in the QNB Stars League, defeating Qatar by 3-0 in the match that was played between the two teams in Abdullah Bin Khalifa Stadium at 08:20 pm, to reach the second place in the league table with 13 points.
The first half of the match ended with our team in the lead with two goals. The first of which was scored in the 4th minute by the Kenyan striker Michael Olunga after a through ball that put him in the face of the goalkeeper. Olunga returned and scored the second goal in the 42nd minute from a penalty kick. Al Duhail was better team especially in possession of the ball thanks to the harmony between players and lines.

In the second half, Qatar came out of its defensive areas looking for a return to the match and almost reduced the difference after the referee awarded them a penalty kick, but our excellent goalkeeper Shehab Al Leithi had a different opinion after he succeeded in saving the kick outside his goal.

In the 66th minute, Michael Olunga scored the third goal with a shot from outside the penalty area that ricocheted from Qatar defender into the net.

Despite the attempts by Qatar, the team’s defense succeeded in keeping the danger away from our goal area until the referee blew his whistle, announcing the end of the match, with Al Duhail winning 3-0.

Today’s match witnessed the return of the Tunisian midfielder player Ferjani Sassi, who was away from participating with the team after the end of the first round due to the injury he sustained.