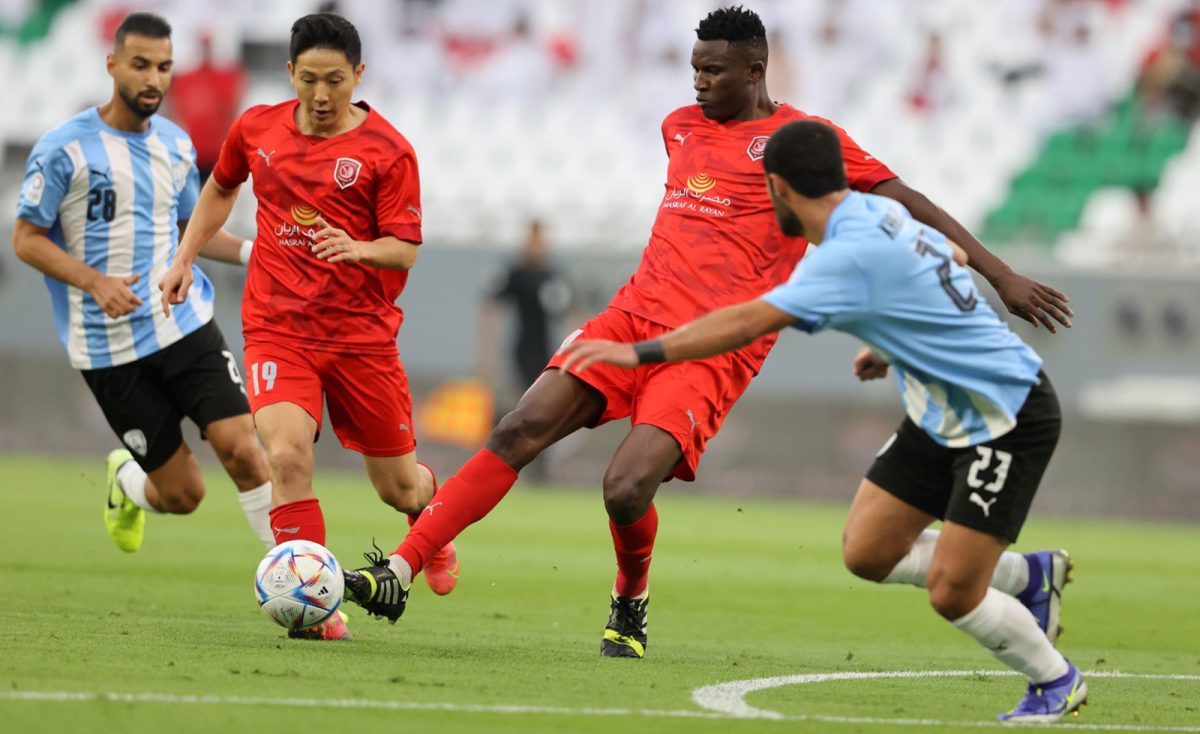 Our first team of football lost their match in the first round of the QNB Stars League to Al Wakra by four goals to two which was played today at 05:30 pm in Education City Stadium.

The first half ended in a tie by one goal each scored by Al Wakra defender Murad Naji (own goal) at the 15th minute, while Al Wakra equalized at the 45th minute by their defender Lucas Sainsbury from a header.

In the second half, Al Duhail Kenyan striker Michael Olunga gave us the lead again at the 50th minute, but Al Wakra front man Jailson Dala tied things up again at the 54th minute.

At the 68th minute, the referee ruled a penalty kick for Al Wakra scored by their captain the Iranian Omid Ibrahimi followed by the fourth and final goal of the match by Jailson Dala again at the 90th minute.