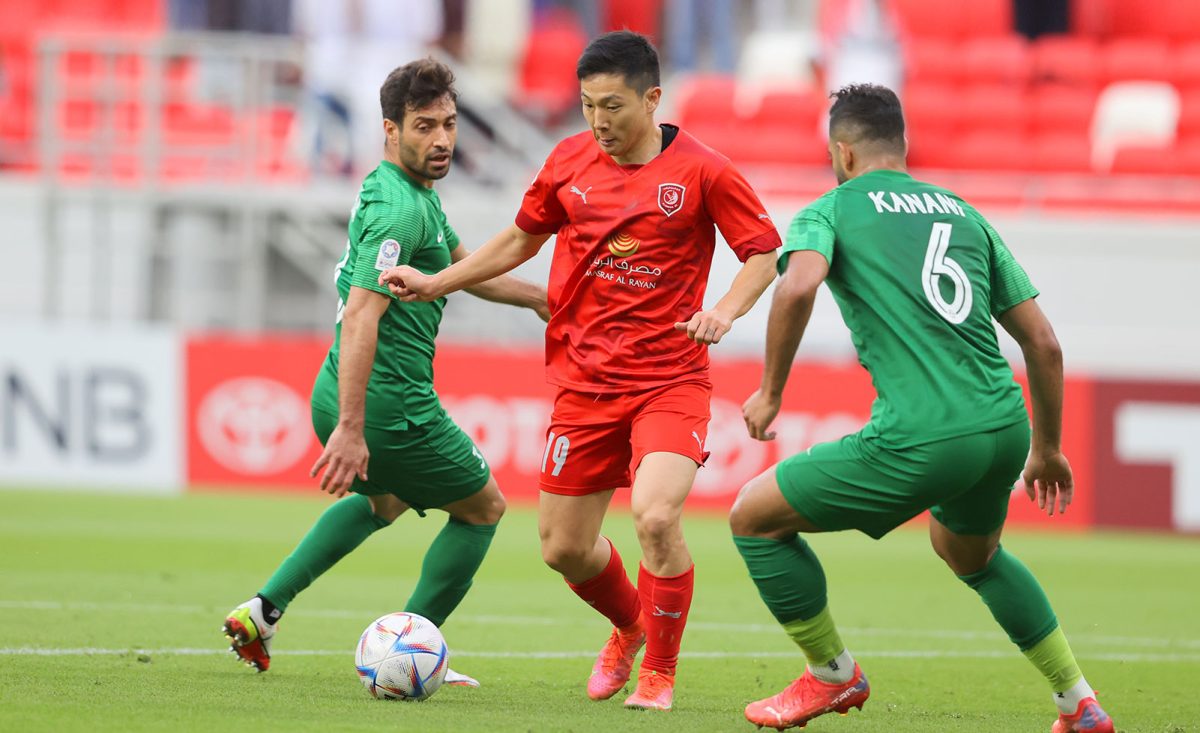 The confrontation between Al Duhail and Al Ahli in the second round of the league ended in a tie in the match played in Ahmed Bin Ali Stadium at 05:30 pm today.

Despite Al Duhail clear advantage, the first half ended in a goalless draw after the attackers missed more than one opportunity to reach the goal, and the referee canceled a goal scored by Nam Tae Hee for a foul, while Shehab Al Leithi saved his goal from more than one chance by Al Ahli.

In the second half, Al Duhail continued his pressure to open the scoring, but Al Ahli defense kept the danger away from his goal on more than one occasion.

In the 79th minute, Al Duhail substitute Nasser Al Yazidi managed to put the team ahead after scoring the first goal with a shot from inside the penalty area, taking advantage of the cross he received from Edmilson.

In the 90th minute, Al Ahli equalized with a goal by player Hussein Kanaani that came from a penalty kick awarded by the referee after the ball touched the hand of player Luis Martin.

PrevPreviousAl Duhail seeks to return through Al Ahli…
NextCrespo: We didn’t take advantage of the chancesNext