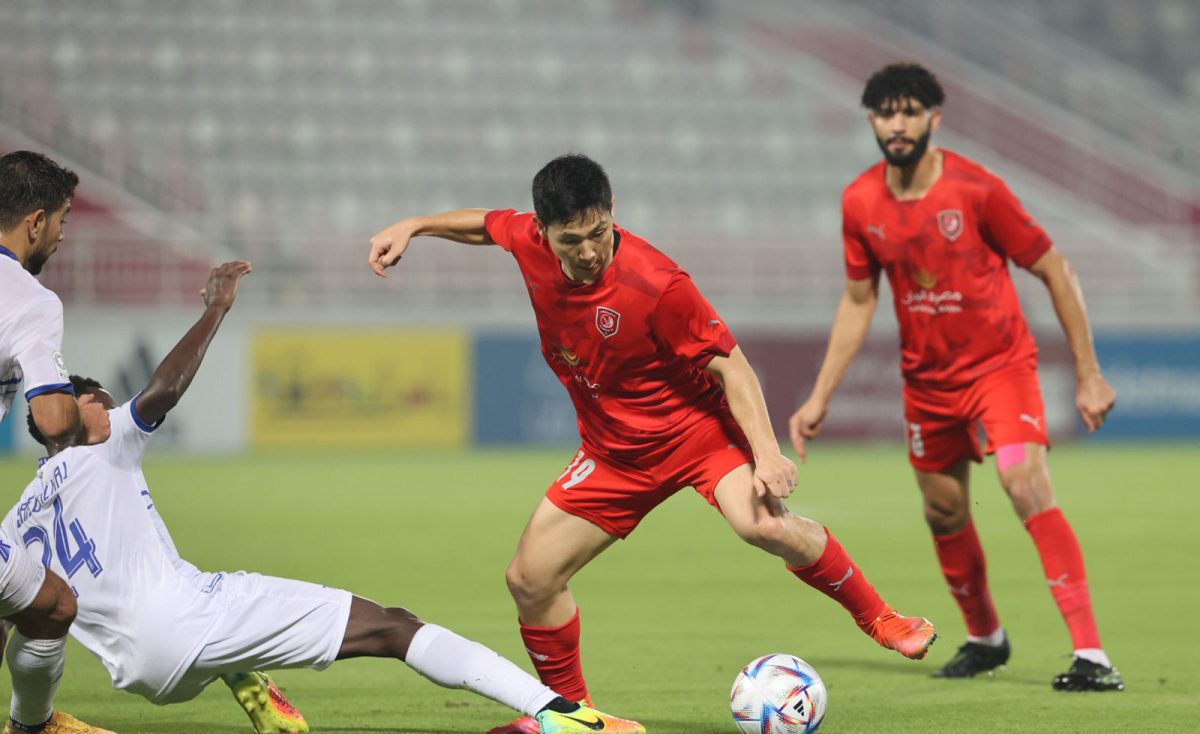 The confrontation between Al Duhail and Al Sailiya in Round 7 of the QNB Stars League ended in a draw by one goal each, in the match that was played in Abdulla bin Khalifa Stadium at 06:05 pm.

The first half of the match ended in a goalless draw despite the clear control of Al Duhail, dominating the maneuvering area and putting continuous pressure on the defensive line of Al Sailiya, whose players retreated to their areas.

With the start of the second half, Al Sailiya managed to take the lead through their striker Strandberg at the 46th minute from a ball that the team’s defense did not manage to deal with.

At the 83rd minute, substitute Nasser Al Yazidi equalized with a shot from inside the penalty area from an assist by the Korean Nam Tae Hee that put him in the face of Al Sailiya goalkeeper, and with this result, the team’s collected 14 points in the second position in the league table.

PrevPreviousAl Duhail confronts Al Sailiya ahead of the League Stoppage…
NextCrespo: We should have played better…Next