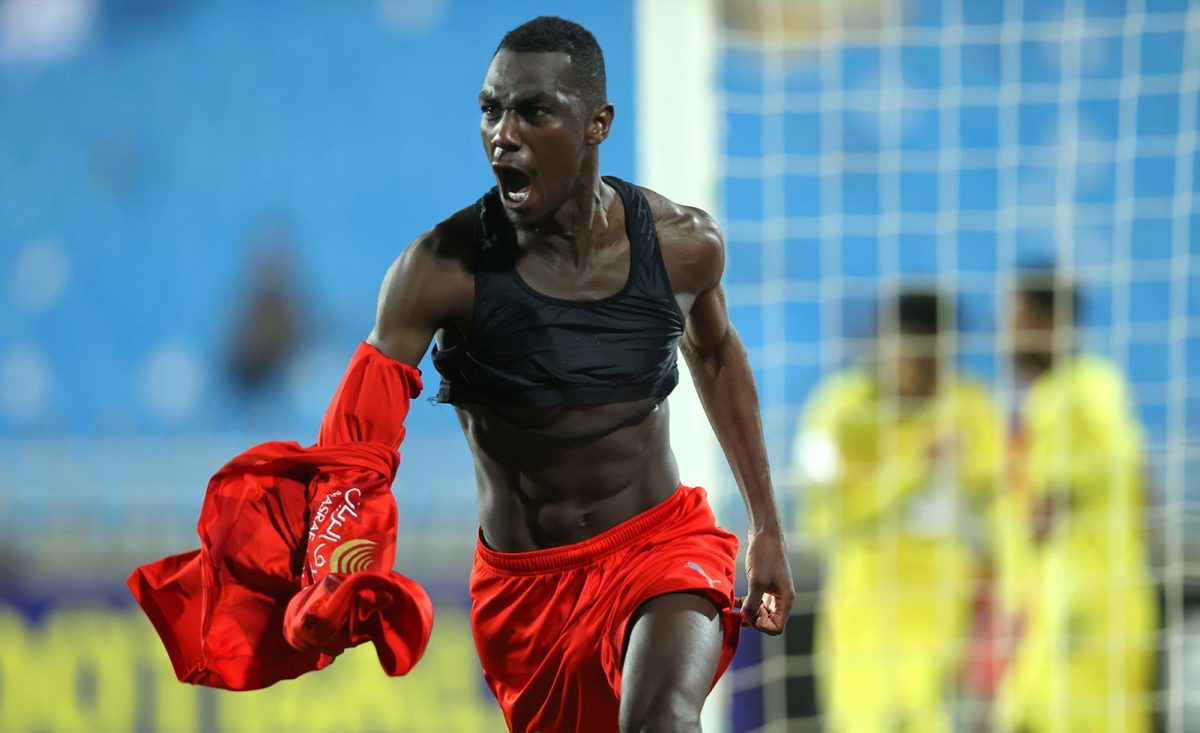 Al-Duhail swept the final knockout round of the AFC Champions League this evening in the fifth round of the group stage matches against Al-Taawoun team by 4 goals against 3, in a strong and exciting match that continued until the final whistle, bringing the team to 12 points leading the group D.

Karim Boudiaf began scoring for Al Duhail in the 11th minute with a header, taking advantage of a cross by Nam Tae Hee inside the penalty area.

Al-Taawun managed to catch up in the 21st minute through attacker Tuampa with a shot from inside the penalty area. In the 25th minute, Hassan Al-Omari scored the second goal for Al Taawun. Then, Tuamba scored the third goal for his team in the 37th minute from a counterattack, a goal that ended the first half of the match in which Al Duhail had wasted 3 chances to score through Karim Boudiaf, Michael Olonga and Edmilson.

In the second half, Al-Duhail entered the field looking to fix the result and focused on attacking and managed to reduce the difference in the 58th minute through striker Edmilson. Al-Moez moved the ball into the Al-Taawoun penalty area and sent a cross kick, which then Edmilson shot into the net.

Al Duhail’s second goal gave the match the anticipated excitement. Attacks continued from both sides and Nam almost scored, but the goalkeeper saved it. Al Taawun almost reached Al Duhail’s net also, had it not been for the successful intervention of Salah Zakaria.

In the 82nd minute, the referee awarded a penalty kick to Al-Duhail after the ball touched the hand of the Al-Taawoun defender inside the penalty area, so Edmilson scored the equalizer for the team in the 85th minute.
The 86th minute witnessed the team’s fourth goal, which came from a header by Al-Moez after a fierce attack by the team that turned into a corner kick. The ball reached striker Olunga, who turned it with his head to Al-Moez who was on the lookout and he put the ball into the net.

PrevPreviousCrespo: Our respect for Al Taawun led us to win
NextAl Duhail passes the group stage for the seventh timeNext